An extra mile in the Christian journey: Love and pray for our enemies

Posted by junix28 on February 23, 2014 in Homilies, Homilies and Reflections

Homily for 7th Sunday in Ordinary time year A 2014 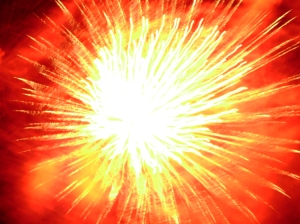 Between April and June 1994, the world witnessed one of the horrific and heart- wrenching events in the world- the terrible genocide in Rwanda. It  was noted that within those 3 months, about  800,000 Rwandans were killed most of them were from the ethnic minority, the Tutsi population. It was also said that about three-quarter of the Tutsi population perished in that horrible act of genocide.

One of the few survivors from the Tutsi ethnic group had an amazing story to tell. She wrote a book recording her ordeal called ‘Left to tell: Discovering God Amidst the Rwandan Holocaust.’

Immaculée Ilibagiza, a Tutsi, was 22 years old and was a student of electrical and mechanical engineering when the genocide began. It was Easter time and she was there at home with her family when the Hutu death squads began their 3-month killing spree of any Tutsis all over the country and Immaculee’s family was brutally killed. She, together with 7 other women however, managed to hide in a 3 by 4 ft bathroom in the house of a local Christian pastor. It was just a miraculous thing that they were not found out by the murderers and there they remained hiding for 91 days.

“While in hiding, Immaculee struggled to cling to her sanity. She endured an intense internal battle between trusting in God and succumbing to paralyzing fear and despair. Nearly all of her waking hours were spent in prayer. But she realized that some of the words she recited rang hollow in her heart, particularly the words in the Lord’s Prayer about forgiving “those who trespass against us.” She felt hatred toward the killers and had dreams of revenge. My own prayers were about ‘Kill them! Kill them back! Take them to hell.’ I looked at them as animals; they weren’t people.” (cf:http://thedivinemercy.org/library/article.)

However, within those three months, something extraordinary happened to her. She found a glimmer of life and  of hope. With the help of a Bible and a Dictionary, she established a real and personal relationship with God at the same time she was learning English. She prayed the rosary many times everyday. Then she started to recognize and experience the power of God’s unconditional love which would later on become her main motivation to forgive even the man who killed her entire family except one brother of hers who was studying abroad. She said: “I realized that my battle to survive this war would have to be fought inside of me. Everything strong and good in me – my faith, hope, and courage – was vulnerable to the dark energy. If I lost my faith, I knew that I wouldn’t be able to survive. I could rely only on God to help me fight.” (cf Chapter 9 in the book Left to Tell: Discovering God Amidst the Rwandan Holocaust by Immaculee Ilibagiza with Steve Irwin)

She hanged on the faith and continued to hope until she came out of hiding after 91 days.

Once freed she did one more extraordinary thing. She went to see the man who killed her family and offered her forgiveness to him. Incredible! She recalled: “His name was Felicien; he had been a successful Hutu businessman whose children I’d played with in primary school. I shivered, remembering that it had been his voice I’d heard calling out my name when the killers searched for me at the pastor’s house where I was hiding. Felicien had let the devil enter his heart, and the evil had ruined his life like a cancer in his soul. I was overwhelmed with pity for the man. I could feel his shame. I reached out, touched his hands lightly, and quietly said what I’d come to say. I forgive you.”(cf the book Left to Tell: Discovering God Amidst the Rwandan Holocaust, p 203)

Saying ‘I forgive you’ must have been a difficult thing to say for her, considering that she has all the reasons to condemn the man who murdered her family. But the loving and forgiving God has been so real and personal in her life then that all she could do is to show and share that love and forgiveness especially to those who need it.

I’m sharing this story with you because this is just a beautiful proof  that  Jesus’ command in the gospel today (Matthew 5:38-48) ‘to love our enemies and to pray for those who persecute us’ is not only in the realm of the ideal, but that it is real, it is realistic and it is doable. Jesus is not only good in telling us this. He really did it himself even to the point of making justifications for his persecutors. One example of this is when he was there hanging on the cross, he prayed: ‘Father forgive them; for they know not what they do?’ (Luke 23:34).

In this and in many other instances in the gospel Jesus is showing us that loving our enemies and praying  for those our persecutors is indeed doable and thus it is one of our basic Christian duties.  In saying this Jesus is calling us to do something more than what the gentiles can do. And ‘in this way’ Jesus would  add we ‘will be sons and daughters of the Father in heaven’, unlike the gentiles who live as if there is no God.

The beauty of keeping this commandment of Jesus in our heart is that we become more Christ-like in all that we do and in all that we are. It’s not that we are playing ‘God’ or assuming the role as God, but we just become ‘living witnesses’ for God in the world. By doing this basic Christian duty to love our enemies and pray for our persecutors, we stand out as a person of God, as a person with God and as a person who has God as the meaning of our existence.

To love our enemies and to pray for our persecutors is not an easy thing to do, and even Pope Francis would agree with this. But this doesn’t mean we stop doing it or we keep it still as an ideal thing to do. But as Pope Francis would stress “we must do it”, otherwise we “will be like the tax collectors, like pagans. Not Christians.” (Pope Francis reflection on Tuesday, 18 June 2013)

Who is/are our enemy or enemies?

First of all, we need to know who our enemies are. Our enemies are not necessarily those whom we don’t like. We may say ‘we don’t like that certain celebrity’, but that doesn’t mean that person is now our enemy. No. Our enemies are those who make life difficult for us. This includes people who may be against what we are doing for God, or standing on our way to witnessing for God and for serving others. It is important to note though that this doesn’t include loving the devil, or prohibited drugs, or alcohol addiction, though the devil, drugs, and addictions of any kinds are our enemies truly.

We need to know the distinction here. As I have mentioned above, our enemies are those who are making life difficult for us. The devil  however, is not only making life difficult for us, but he makes life impossible for us. Thus, the devil could never be worthy of our love because what he brings is eternal death not life. This is true too with taking prohibited drugs, alcohol addiction among others. Prohibited drugs and alcohol addiction are not giving life, but taking life away. They are killing those people who are indulged into them  softly.

How can we love our enemies?

Jesus would say in the gospel ‘Pray for those who persecute you’.

Pope Francis made a prayer for us to use in praying for our persecutors. ‘Say to God’ the Pope said: ‘Change their hearts. They have a heart of stone, but change it, give them a heart of flesh, so that they may feel relief and love.’ It’s amazing because my prayer for my ‘enemy’ before is more or less like what the Pope composed.

As human as I am, I also begrudged a person before for the reason that the person betrayed my trust and confidence. It came to the point that I became so negative on my attitudes towards that specific person. I even ‘gloried’ if I heard other people speaking negatively about the person. But then one day I realized I was a ‘monster in the making’ because of the hatred, the feeling of taking avenge I felt inside. So I decided then and then to stop it and instead began to pray for the person. This is how I prayed: ‘Lord, I don’t like this particular person you know that. But anyhow, bless this person as you have blessed me. Make this person feel your love and care for him. You know what is in his/her heart. He/she may just have some issues to deal with in him/herself.’ This has been my prayer for a while because you know it doesn’t happen overnight. But overtime, the feeling of hatred has faded away, and changed into care and concern for the person. My prayer was answered.

Why do we strive to love our enemies?

Because as Jesus said by loving and praying for our enemies we will be sons and daughters of God and this means that we learn to look at one another in the same footing (no poor, no rich, no superior, no inferior) just as God the Father sends his rain or let the sun rise to everyone regardless of who we are. By loving our enemies, we are giving them another chance to grow and mature as a person.

Immaculee Ilibagiza loved her enemy by praying for him, reaching out to him and forgiving him with all her heart.

Jesus showed his love for his enemies by dying for the salvation of all, his ‘enemies’ included. As followers of Christ, we can expect no less.

We might say, forgiveness doesn’t work in my case, well I would challenge you to show me  how NOT forgiving works in you. In the case of Immaculee, forgiveness sets her free from hatred and vengeance. For Jesus forgiveness not only cleanse us of our sins  but it also assures us of the key to eternal  life.

As Christians, it is our mission to be forgiving, to be loving as God loved us unconditionally, and to be praying for those who made life difficult for us. We have the ways, we have the means, all we need now is the will to do it.

What do you say? Cancel reply